Adult literacy is a major challenge world-wide, particularly for women. Of the 758 million illiterate adults in the world, 63% of them are women. In The United Republic of Tanzania, less than 2% of young women from the poorest families completed lower secondary school in 2011. Los Angeles, California, one of the wealthiest cities in the world, is also one of the least literate cities in the country with 3.8 million adults who cannot read or write. The ICF Women's Workshop (WW) is a global initiative established to increase literacy rates for women in vulnerable communities. The WW program was launched in Tanzania in 2015 and will launch in Los Angeles in 2017.  ICF is developing a Women's Workshop initiative for Appalachia, where almost 30% of adults are functionally illiterate.

In 2015 ICF established the first Women's Workshop in Monduli, Tanzania. One hundred percent of the program's participants are Maasai women. The Maasai are an indigenous pastoral society residing in Kenya and Tanzania. While the majority of Maasai tribes continue to live as they have for thousands of years, their way of life under threat. They are losing their lands, sources of water and grazing areas for their livestock on which their basic subsistence and survival depends. Their communities are at high risk for exploitation and their long-time monetary system of barter is of no use in an increasingly capitalistic world.  Education is the key to preservation, protection and self-reliance. The ICF Women's Workshop provides reading, writing, and arithmetic courses for adult Maasai women. All of the women who participate in the WW are members of the Kitumusote Maasai Women's Cooperative - a network of Maasai women, lead by Maasai women, who work together to  build Maasai women's self esteem and self worth and help them find their voice so they can contribute to their village through social, cultural, economic and political affairs. The ICF Women's Workshop provides these women with invaluable education in which they can use as a building block to create small businesses, keeps their communities apprised of the issues that affect them, and protect themselves against exploitation.

ICF is launching the Los Angeles Women's Workshop in the Fall of 2017. Up to 22 low-income adult women with limited reading and writing proficiency will take weekly education courses covering literacy fundamentals. This program will also include a mentorship which will pair the WW participants with working women who can help provide guidance and advise on financial literacy, resources, education and gainful employment in the Los Angeles area. Please check back after the launch for more information.

Appalachia is a cultural region comprised of 406 counties in 13 states that has a shared history, culture, and environment of mountain people. It is one of the most impoverished regions in the United States. According to the Appalachian Regional Commission (ARC) nearly one in four residents in Appalachia are unemployed. Thirty percent of adults are functionally illiterate. ICF is developing the Women's Workshop, Appalachia to provide fundamental reading and writing skills for low-income women in the region. The program will not only provide education, but will also empower adult learners through education, linkage to resources, mentorships and networks with  local industry employers. The women will participate in a Women's Cooperative, like that of the Maasai, which will be lead by local women to empower local women. The ultimate goal is to inspire a homegrown effort to break the cycles of poverty in the region. Women's Workshop Appalachia will launch Spring 2018. 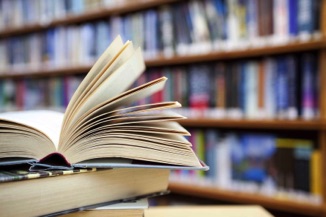 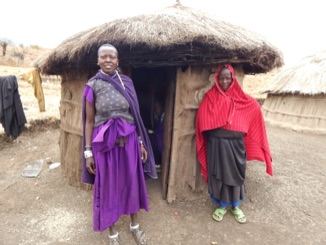 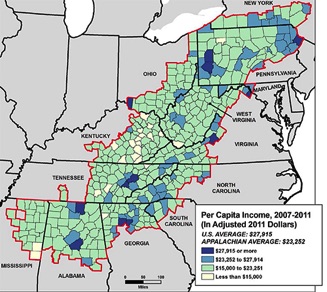 HOW YOU CAN HELP: